Thousands of school children join our ‘Day of Welcome’

A record number of schools took part in Norfolk Schools of Sanctuary’s day of solidarity with refugees this week. Over 270 schools participated in the annual event, of which around 170 were from Norfolk. This is over double the number of schools that took part last year. Schools from Essex, Cambridgeshire and Suffolk also took part, as well as far a field as Cardiff. 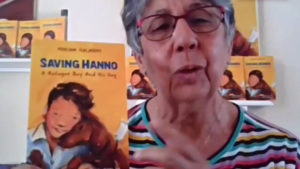 An inspiring webinar with acclaimed writers, Michael Rosen and Miriam Halahmy, was watched by 11,000 school children. Funded by VNET and the Young Norfolk Arts Trust, organisers said they were seeing an unprecedented level of interest in migration issues. Nania Tait, said: “VNET Education was delighted to be involved again with the Schools of Sanctuary’s ‘Day of Welcome’ this year and we were thrilled to sponsor the Michael Rosen event. Spreading the message of sanctuary and inclusion to so many children will have a positive impact on the world they are growing up in.”

Schools that take part in our ‘Day of Welcome’ are offered a bank of resources to choose from. The historical inspiration for some of the content was the story of the Kinder Transport which saw refugee children brought to the UK by train to escape Nazi Germany.

Over 40 schools have now signed up for an information session later this month about how to become a School of Sanctuary. Jake Rose-Brown, who leads Norfolk Schools of Sanctuary said: “We think schools want to help their students make sense of refugee migration, given that the topic has made headlines so much this year, especially with events in Afghanistan and Ukraine. The record interest in our Day of Welcome and Schools of Sanctuary scheme reflects a sea-change in attitudes towards newcomers to our towns and cities. We’re seeing a lot of goodwill, especially towards Ukrainian school children and I think schools feel they need the tools to help explore the topics of displacement and migration.”

To find out more, or to take part next year, take a look at our Schools of Sanctuary Stream page. 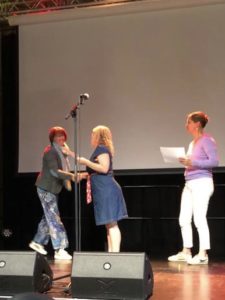 You can reach us via email at: [email protected]